NOTE: The formatting of this article is being sabotaged in real-time.  My commands are being maliciously overridden.  Censors inserted white lines behind the typeface, making the text difficult to read. The intent:  to make me look like a rank amateur instead of a victim of a fascist military censorship regime.  (I have attempted to remove the cyber-graffiti.) This is cyber-harassment on steroids.  The people doing this, and their superiors, are psychopaths whose "psyops" are financed on the public's dime.

The draconian, ham-fisted censorship of this veteran journalist's computer content -- both on- and off-line -- continues, unabated by the many articles I have published over the past five years documenting the apparent seizure of telecommunications by a military-intelligence censorship regime overseen by U.S. Cyber Command and administered by Lockheed Martin, the nation's prime cyber "security" contractor.

My Twitter messages, as well as other internet website comments, often are being posted to obviously counterfeit, "spoofed" web pages viewable only to myself -- that is, if they post at all.

It's apparent that my internet connection and all of my computers are "hyperjacked" 24/7 via various intrusion technologies, including wireless radio frequency infiltration that facilitates real-time tampering with my computing EVEN WHEN I AM NOT CONNECTED TO THE INTERNET. This RF spytech is incorporated into the celltower radio frequency directed energy weapon system which this reporter first exposed four years ago:


(UPDATE, Jan. 15, 2014:  Today The New York Times reported on this wireless RF intrusion technology; but the report claimed NSA uses the technology only to spy on computers outside the United States.  My experience indicates this is another government big lie.  Specific references to off-line computer intrusion, contained in the original version of this article, were maliciously deleted, apparently by military contractor censors.)

Typically, my "tweets" immediately disappear from the intended recipient's Twitter page, even though the tweets remain on MY Twitter page, giving me the illusion that I have freedom of speech and expression on the internet when I clearly do not. When I make a second attempt to post a tweet, I usually get this on-screen message:  "Whoops... looks like you already tweeted that!" -- despite the fact that over my censored connection, the tweet did not post to the intended page.

On Twitter pages of influential journalists and writers, my attempts to post replies to posted tweets often elicit another obviously counterfeit, spoofed on-screen message:  "You are not authorized to look up results for that tweet."  This ploy prevents me from joining in Twitter conversations with opinion leaders.

In the recent past, my attempts to post comments to Facebook media articles have elicited this obviously spoofed, fake message, displayed on-screen in a format that resembled Facebook's:  "You are not authorized to make that comment."  Only after I wrote about this blatant censorship ploy did it stop.  This is politically-driven censorship via fraud and deception, as I have chronicled in a series of articles over the past few years (see links below). 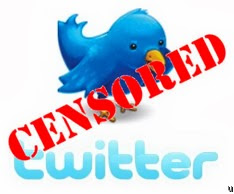 It appears that my connection is subject to automatic, "algorithmic" censorship routines as well as real-time censorship by a "live" operative who is monitoring -- "mirroring" -- my every keystroke.  The cyber-spies call this protocol "catch and release."  In my experience, it's usually "catch and censor," or "catch and 'black-hole'" -- making the content inaccessible to others, even if it seems to appear on websites as seen over my intercepted and censored connection.  My real-time "shadow censor" has the ability to override any keyboard command, or to insert typos or make additions or deletions to my work, even delete certain news stories from my internet connection -- content that the censorship regime does not want me to see.

(As I write this, the cursor is jumping around and my word processing program suddenly disappears from the screen, obvious signs that my computer is being remotely manipulated.)

Or the operative can direct my internet comments to a "spoofed" -- counterfeit -- webpage that is generally viewable only to me and perhaps to family members and associates, just for the sake of appearances.  This spoofed-page censorship is intended to deceive, to fool censorship "targets" into thinking that they have First Amendment rights of freedom of speech, expression, and freedom from unreasonable searches and seizures, when, in fact, those rights are being routinely denied by a fascist censorship regime. The giveaway is a non-standard URL that contains a numerical code facilitating this instantaneous "spoofed page" censorship.


This technique apparently is employed to black-hole my tweets to a key aide to President Obama and to a political reporter.  It appears that virtually all of my tweets are either deleted immediately after I post them, or my messages are posted to spoofed, counterfeit pages viewable only to me. Also, my tweets, as seen over my censored connection, always appear to post to the bottom of the queue; the Twitter format is supposed to post the most recent tweets first. When I attempt to access the political website Politico.com, it appears that the entire website is a fake -- a spoofed version of Politico, custom censorship targeted at journalists, opinion leaders, activists or anyone else that military censors seek to neutralize.  My Chrome browser sometimes informs me that the digital "certificate" used to authenticate Politico and other websites is "not valid" -- an indication that I am being redirected to a counterfeit version of the intended site.  In my case, the apparently phony certificate carries this URL: http://248.e.akamai.net.  Akamai is a real internet content transmission company but, according to published accounts, also handles internet "redirects" for U.S. intelligence agencies.


Also, under the "connect" tab on Twitter, there are hardly any "retweets" of my Twitter postings or direct messages sent to me via Twitter.   The few "retweets" that do show up appear to be generated by censorship regime cyber unit psyops agents who pose as Twitter users under fake-name "avatars."


When I navigate to certain media websites that the censors consider to be especially influential, the censorship gets even more brazen and ham-fisted.  For at least a year, the comments sections to all articles on FoxNews.com, as seen over my Lockheed/cybercom intercepted and censored connection, are simply missing, disappeared -- convincing evidence that I am looked at a spoofed website that's been scrubbed and censored even before the counterfeit version hits my computer.  It's the same situation for sites such as USAToday.com -- no comments sections whatsoever show up over my censored connection.  The Lockheed/cybercom censors don't even try to hide the fact that they are serially violating my constitutional rights, 24/7, 365.

Since empirical evidence indicates that these military contractor cyberNazis are observing me via synthetic aperture radar video and audio surveillance -- a convenient feature of the celltower "multifunctional radio frequency directed energy weapon system" -- I conclude that they must enjoy watching their "target" as he laments his status as a virtual prisoner of this torturous cyber-gulag.  That radar capability also explains how the torture tower weapon system is able to precision-target its victims, even if they are not "illuminated" by a more conventional RF targeting device such as an implanted microchip or an RFID tag.


This censorship extends to my email account, the reason I cannot get through to mainstream media journalists, even those with whom I've worked in the past.  My account is constantly hacked, and it appears that important emails -- especially those seeking legal assistance or other forms of support -- are being systematically "black-holed" and in most cases do not reach the intended recipients.  Sometimes I receive email replies that appear to be written by impostors posing as persons or entities I am trying to contact.


And most ominously, I receive a regular influx of unsolicited emails from exotic places like China and Russia -- an indication that some witch-hunting entity may be trying to frame me, set me up, by making it appear that I am in contact with foreign "hostiles." I do not open or answer these suspect emails, but their very presence in my in-box may be enough for ideologues and hate-mongers to have me classified as a "domestic terrorist," facilitating a political purge -- in my view, the hidden motive behind the U.S. intelligence community's penchant for the "Hoovering" of citizens' emails.


It gets worse.  It appears that censorship regime operatives construct elaborate spoofed, ficticious pages that incorporate key words, phrases and names of special significance to me -- a fabricated online parallel universe.  The intent appears to be a malicious manipulation of my online "reality" that makes suspect ALL content that I receive over the internet. One example:  recently, the profile of a supposed sportswriter with a very evocative name popped up on my display. The first name of the "sportswriter" was the same as a first cousin of of my late mother, and the last name of the "sportswriter" was my mother's first name -- an extremely unique name that is rarely seen.  And this "spoofed identity" psyop is perpetrated upon me constantly.  Facebook "friends" whom I never "friended" show up in my "friends" list.  One of them, "Philip Livingston,"  bears my last name, and the profile picture of the individual resembles a fat, balding, grotesque version of my own face.

These are psychopathic "psyops" -- psychological operations intended to unnerve me, to cause me mental and emotional anguish.  I am left to wonder: how many multibillions of taxpayer dollars are squandered by the cyber "security" units who produce these malicious psyops targeted at supposed "dissidents" and journalists who dare to report on the abuses of a pathological security cult?

In my case, the draconian censorship appears to be part of a conspiracy to cover up electromagnetic assaults on U.S. citizens via a cell tower radio frequency directed energy weapon system deployed nationwide and first exposed by this reporter more than three years ago.  The U.S. government has never publicly acknowledged the existence of this domestic offensive weapon grid, which "hides in plain sight" on cell towers in every neighborhood and along every highway in America. 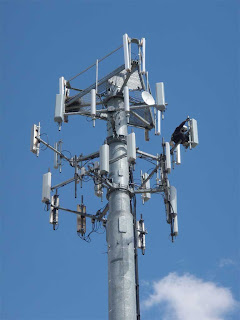 I routinely discover that my articles posted to the internet have been tampered with -- censored, sabotaged, with key material excised or rewritten to omit important material, or with typos and misspellings inserted by cyber unit operatives.  I recently restored to my article about the cellular "torture tower" grid paragraphs referencing the U.S. Secret Service and the U.S. Air Force Directed Energy Directorate.


It is palpably obvious that Lockheed Martin, under contract to powerful agencies of the U.S. government -- mainly, U.S. Cyber Command -- is on a mission of character assassination directed at this journalist, to the point of "disappearing"  on major search engines much of my personal work history.  Their intent appears to be the construction of a false profile -- a reflection of the notion that "if you can't kill the message, kill the messenger."  I've written about this malicious, unconstitutional and psychopathic censorship and psyops regime for years -- thus far, to little effect: